Part 1: COP26 hopes and fears, and the role of youth and democracy in climate action

Who are you and what is your connection to climate action in Poland, and globally?

I come from Jaworzno, a town in Silesia, which is the biggest coal mining region in Poland. Both my grandparents were coal miners and many people in my town are still connected to coal mining and coal-based power generation industries. On the other hand some members of my family are scientists working in the Earth sciences field and I have learnt from them a lot. I think ever since I was very little they were handing me knowledge about the changing climate and degradation of the ecosystem. I think these two things pretty much make-up my identity.

I think that with such an identity it was natural for me to join the climate movement. I joined it in Kraków where I went to high school. Actually the first ever demonstration I’ve participated in was Fridays for Future in Kraków on 15th March 2019. It was part of the - I think - first global FFF mobilisation. I liked it so much that after the strike I decided not only to participate in the next demonstrations but also to help organise them. I’ve joined Kraków’s local group and have started to build Polish School Strike both locally and at the national level. After a few months since I joined, we've started the process of integrating local groups and I was one of the people working on facilitating it. 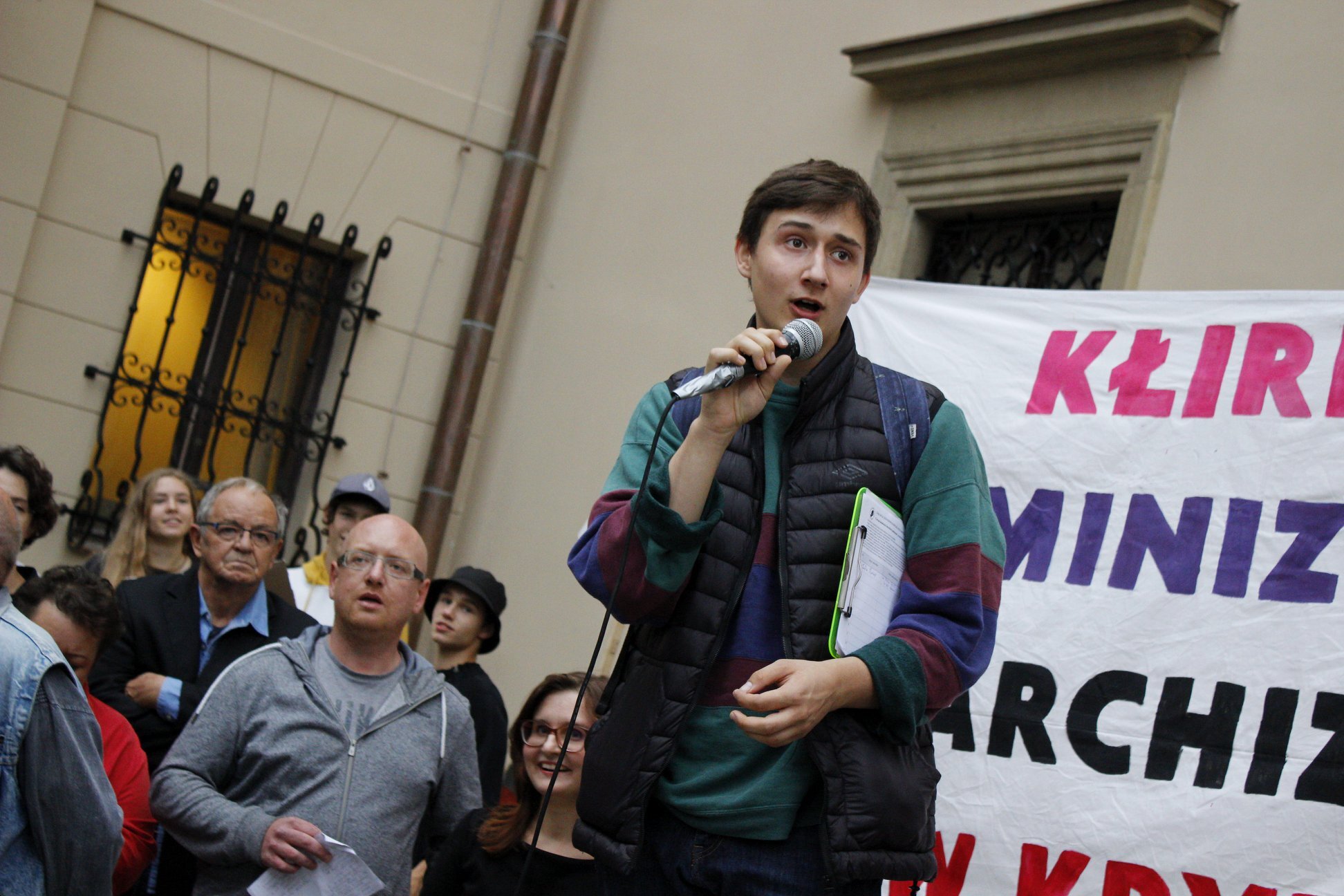 What were you hoping to hear or see happen at COP26, and why?

So, I didn't have many hopes with COP26 because I have observed different COPs before. Something we've seen from COPs before was that there weren't any concrete strategies made to tackle climate change. There were some significant and important strategies - for example the Paris Agreement, which is very important, but still, they're not accurately concrete. They are setting some pretty-looking targets, but they're not telling us how we can reach these targets.I don't think that COP has that much power. If anything it’s more of the opportunity for decision makers to create this false sense that they are doing something climate related. Two weeks in the year, they come to that summit and say that they care and want to start some action, and then they go back to the countries they come from and continue on doing nothing serious.

The decision makers from Poland and other countries who are participating in those negotiations – and have been for many years – still they don't have any concrete plans on how to tackle climate change and how to create urgent action. They are only setting targets without creating plans to make them real.

If you were at COP26 as a decision maker what would you be specifying? What would be important to you?

A very specific schedule on phasing out particular fossil fuel mines and power plants. Energy sector right now is the biggest GHG polluter globally and also the easiest one to decarbonise because of its centralization and alternative technologies available. We need strategies with a quantitative approach to the climate issue. These strategies should be listing infrastructure generating GHG emissions, offering solutions to replace it with the zero emission alternatives or to eliminate unnecessary ones and finally showing concrete schedules for that changes. That should be the biggest priority and the world leaders should be coming to the COP with such strategies ready in their hands.

I think we in the climate movement should be at the COP above all to expose that they're not taking that crisis seriously and show that it's not the right way to create real action. I think that the crucial work is that we have on the national level in every country, pushing our decision makers.

What is your perspective on the role of democracy in climate action?

Without people knowing what the climate crisis is, and without knowing some nuances of this topic, they won't be able to make decisions, and they won't be able to make real changes. Without people this change is too big, it's too broad for us to be able to plan it top-down. It has to be decentralised and everyone should know what is happening. It should be well informed. As many people as possible should be participating in the public debate and be involved in decision making. To be democratic it should have a vast majority of the society behind it.

Without people this change is too big, it's too broad for us to be able to plan it top-down. (...) As many people as possible should be participating in the public debate and be involved in decision making.

What examples do you have of where this is happening in Poland?

The climate movement, but also feminist movements which are currently working mostly on the abortion ban in Poland – I think they are the first examples of a real citizens’ political society in our country, maybe ever. That's something without precedent which we are doing, with creating that movement.

We are building momentum and awareness around how to function in such an movement, there is also broader awareness on climate catastrophe and ecosystems and biosphere crisis each and every year. So, I hope that in a few years we'll be really able to change politics in Poland, and then lead the real system change.

So, in nine years from now, it'll be 2030. What kind of world, country, neighborhood do you want to find yourself living in? What would be your ideal scenario in this time of climate action and transition?

I really have very low expectations for that, but I hope that in nine years, we will finally start doing some things to start real climate action and economic transition towards green and carbon neutral reality. After necessary political will is created, I think there will be even more work to do in order to solve the climate crisis for good. It will be an enormous change without precedent in history. And it will not only take many minds to create plans to transform the economy but also maybe even more hands to implement these plans. Tackling the climate crisis will be a very work-intensive process taking place in a physical reality. I think in my lifetime, I will have a handful of work but I enjoy the process so far.

Now as the human kind benefits from the technological advancements of the past we also have to face its negative consequences. If we're able to keep those benefits and also ensure our safety, that would be the next stage in human history and now among others, we climate activists are working for that.

What advice do you have for young people who would like to get involved in climate action?

I'm not the best person to take advice from – now I usually try to seek advice from more experienced people. I think the best advice to other people in the climate movement is to not be afraid to take action. Do your best and try to make things as good as you possibly can and that will work eventually. I think only work is the measure of success in our case.

Who do you go to for advice and support?

So I had a lot of luck as I'm also working with some Polish non-governmental organisations and I have many opportunities to work with their experts and access to spaces when I can participate in the exchange of green transition related knowledge.